Present at the 4th National Symposium on Marine Protected Areas held in Biarritz from 22 to 24 October 2019 , the French Southern and Antarctic Lands (TAAF) participated in the drafting of the future national roadmap for marine and terrestrial protected areas alongside more than 400 participants (State services, managers, scientific experts, economic players, etc). This major gathering was a unique opportunity for the TAAF to share their experience with other marine protected area (MPA) managers and to bring the challenges faced by overseas territories to the highest level. 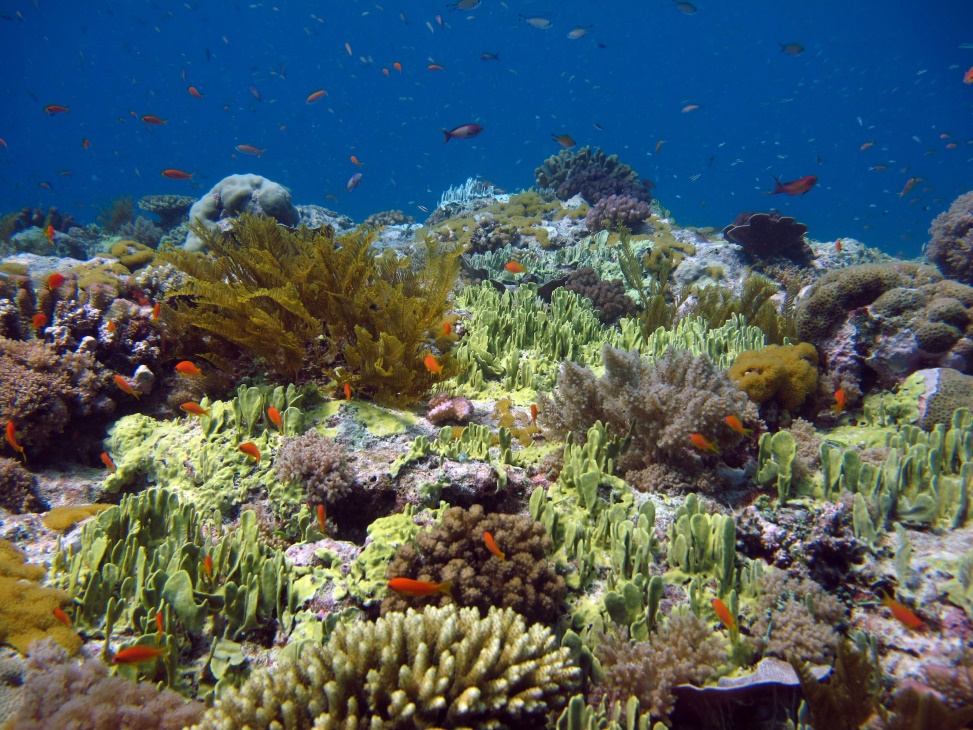 Following the alarming IPBES report on the state of biodiversity in May 2019, Emmanuel Macron announced an extension of protected areas to preserve biodiversity and soil destruction. The President has expressed his wish to increase the proportion of marine and terrestrial protected areas to 30% of the national territory by 2022, including one third of “no take” zone.

In this perspective, the French Biodiversity Agency (AFB) and the French Committee of the International Union for the Conservation of Nature, under the auspices of the French Minister of Ecological & Solidarity Transition , organized the 4th National Symposium on MPA (22-24 October), followed by a symposium on the entire national network of protected areas (25 October). The common objective of these two events was to collectively launch the drafting of new national strategies on protected areas for the period 2020-2030. As the manager of the national nature reserve (NNR) of the French Southern Lands, inscribed on the UNESCO’s World Heritage List in 2019 and belonging to the largest MPAs in the world, the TAAF has made a significant contribution to these discussions.

The former Director of the Water and Biodiversity Department at the French Ministery of Ecological & Solidarity Transition (Thierry Vatin) opened this 4th National Symposium on MPAs on Tuesday 22 October with a video keynote statement reaffirming the national commitments on this matter. The whole symposium was then  organized around five thematic paths corresponding to the structuring axes of the future strategy and aiming at the implementation of a network of MPAs, which is complete and coherent (1); effective and efficient (2); contributing to sustainable uses (3); integrated into policies and territories (4); mobilizing and engaging (5).

The TAAF were fully involved in the sessions dedicated to coherence and management efficiency (n ° 1 & 2). The representatives of the collectivity at the symposium organized a knowledge café on the surveillance of large MPAs attended by representatives of the French Navy, the AFB and other managers of protected areas. This animation opened discussions on partnerships and means that can be implemented to ensure surveillance in these MPAs. Innovative solutions were proposed, such as the use of acoustic buoys for scientific monitoring and surveillance purposes.

In addition, the TAAF held a conference presenting the bases on which the MPA network is built, namely the close collaboration with the scientific community and the implementation of protection tools that are appropriate to the conservation issues of the territories. This conference also addressed the current challenges of strengthening this network with regard to Lastly, another high point of the MPA Symposium was the celebration of the inscription of the French Southern Lands and Seas on the prestigious UNESCO’s World Heritage List, which included a 17 –minute film screening on the property.

Beyond these various events, the TAAF made recommendations on the development of the future MPA national strategy for a complete and coherent MPA network. The representatives of the collectivity at the symposium raised the importance of strengthening the link between research and conservation, as well as better tailoring the level of MPA protection to the conservation issues by increasing in the coverage of “strong protections”. This issue has been widely debated by the participants throughout the symposium, in order to come up with a common and coherent definition regarding international definitions.

The 4th MPA Symposium was followed by a Symposium on Protected Areas, stressing the government’s ambition to unify its protected area strategies in marine and terrestrial environments. To repeat what the former Director of the Water and Biodiversity Department at the French Ministery of Ecological & Solidarity Transition (Thierry Vatin) said, the objective of this day was to “sow seeds of ideas” in order to co-build the next national strategy on marine and terrestrial protected areas for the 2020-2030 period. This day was organized around 4 workshops followed by restitution plenary. The main debated topics included: the extension and strengthening of protection levels in the network; territorial integration of protected areas; protected areas in overseas and new financing channels.

This four-day conference in Biarritz has primarily provided to the participants a space for exchange to answer a major challenge: how to bring together a group of actors with sometimes opposing interests around a common vision on the development of the national network of protected areas? Despite the lack of systematic consensus, participants were able to agree on strategic objectives as well as operational projects for the next decade. After a drafting phase, the two new strategies will be presented at the IUCN World Conservation Congress in Marseille in June 2020, in order to reaffirm France’s commitment for biodiversity conservation at the global level. The presence of the TAAF at this major event will give force to the overseas territories in these topical debates.