In order to ensure the integrity of the World Heritage site, the property manager, the TAAF community, is guided by a strong regulatory framework, a robust management model and effective governance.

An appropriate protection and management tool: the national nature reserve of the French southern lands

The French Southern Lands and Seas being uninhabited, their ecosystems are unaffected by the direct impacts of human activities. Therefore, they host large populations of native species within nearly pristine habitats, as well as complex and intact ecological processes. However, despite their isolation, the biodiversity of these territories is affected by global changes and human-related impacts (biological invasions, pollution, fishing, etc.). The French State created the national nature reserve of the French Southern Lands in 2006, and extended it in 2016, in order to protect these inestimable natural environments and their biodiversity in the long term. Since then, this vast property covers all the habitats that are essential to the life cycle of the species it hosts. The unity of the property is ensured by an important ecological connectivity, comparable ecological values and a unique management system. The national nature reserve of the French Southern Lands guarantees the integrity of the property, and leads effective actions to restore its ecosystems and fight against threats.

A nature reserve to protect the territory

The French Southern Lands and Seas have a national nature reserve status, which is the highest environmental protection tool that exists in French regulations. The national nature reserve of the French Southern Lands was originally created in 2006. It then covered the terrestrial part of Crozet, Kerguelen, and Saint-Paul and Amsterdam islands, as well as a part of their territorial waters. In 2016, the perimeter of the marine protected area was extended to cover nearly 673,000 square kilometers, which is 100,000 square kilometers bigger than metropolitan France. In addition, the regulatory framework and the governance of the nature reserve are also applicable to all the exclusive economic zones—over 1,66 million square kilometers, i.e. the protection perimeter around the nature reserve—since March 2017.

– Strict terrestrial protection zone: all human activities are forbidden except for cases of force majeure or unless they are authorized by a derogation from the State representative.

– Scientific and technical research zone: these areas are reserved for scientists implementing programs that have been duly authorized by the State representative.

– Terrestrial and marine general protection zone: all other sites are subject to the general regulations of the nature reserve. The bases of the three districts fall under this type of protection.

All of these areas are included in the property’s perimeter.

Protection types within the nature reserve

The nature reserve implements an efficient and reputed management system, based on a ten-year management plan. It aims at controlling direct threats such as introduced species and the environmental impacts of fisheries. Historic partnerships with scientific laboratories, particularly the French Polar Institute, ensure a strong link between science and management, and give the management model flexibility to adapt to global changes. 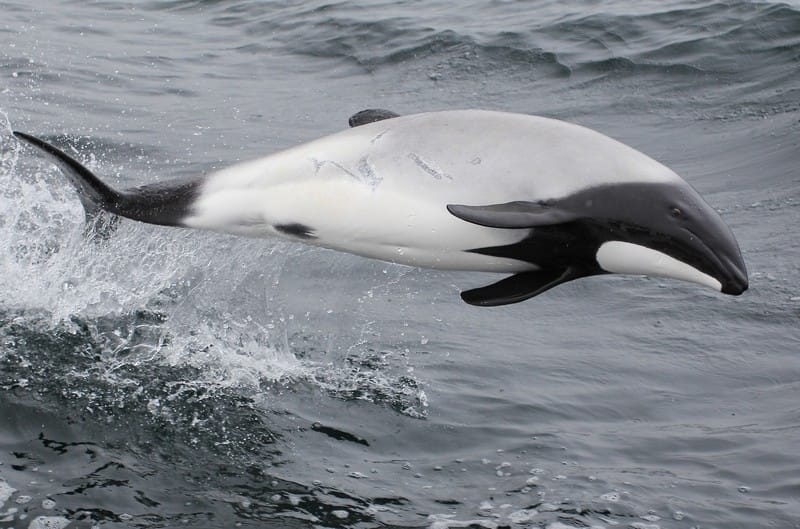 Some examples of actions

Studying the populations of Commerson’s dolphins to better protect them

The Commerson’s dolphin is a subspecies endemic of the Kerguelen archipelago. An on-going monitoring program was initiated in 2012 by the nature reserve and its partners to broaden knowledge about this little-known species. Photographs and data from observations help determine the presence and density of dolphins, and allow individual identifications via unique coloring patterns and marks. Other actions include biopsies, and hydrophones deployed in the Gulf of Morbihan. Adequate conservation measures will be implemented based on this knowledge.

Mobilization for the iconic Amsterdam albatross

The Amsterdam albatross population is estimated to 180 individuals, which means it is critically endangered. The nature reserve faces major conservation issues regarding this species and has, in this respect, developed a National Action Plan for its conservation in close collaboration with the CNRS lab in Chizé and other national partners. The action plan contains 20 conservation measures, among which mitigating fisheries bycatch and studying potentially pathogenic bacteria.

Maritime surveillance of the property

The territory’s exclusive economic zones benefit from a powerful surveillance system aimed at limiting illegal fishing, controlling maritime activities and establishing France’s sovereignty. This system relies on nautical means that are shared between the French State action at sea department, the French Maritime Affairs and fishing vessels. The new Astrolabe is a good representative of this surveillance scheme—it ensures logistics and support for the scientific bases in Antarctica during the austral summer and sovereignty missions in subantarctic waters during the rest of the year. It is the result of an innovative partnership between the TAAF, the French Polar Institute and the French Navy. The surveillance that has been ongoing since the end of the 1990s has strongly reduced illegal fishing. The patrolling system is very dissuasive—the last reported illegal activity dates from 2013, in Crozet.

In the early 1990s, the development of the longline Patagonian toothfish fishery around Crozet and Kerguelen impacted many seabird populations. Wandering albatrosses, black-browed albatrosses and white-chinned petrels were attracted by the bait and caught on the fishing hooks. Mitigation measures have been taken by the TAAF to reduce this bycatch. Using streamer lines as baited hooks are deployed, branchline weighting, and night setting are some of the mitigation measures that apply to all longliners licensed to fish in the area. Bird mortality has decreased by 90% since 2007.

A territory and a network of partners serving the property

The French Southern and Antarctic Lands (TAAF) are made up of three geographically distant and different zones: Adélie Land on the Antarctic continent, the tropical Scattered Islands in the South West Indian Ocean, and the Crozet archipelago, the Kerguelen islands and the islands of Saint-Paul and Amsterdam in the subantarctic Indian Ocean. These uninhabited territories have a unique status. The TAAF administration was lawfully created on August 6, 1955, and is run by a prefect who is also a high commissioner. The prefect is supported by an advisory council and the Polar Environment Committee (CEP). When the national reserve of the French Southern Lands was created in 2006, the prefect was entrusted with the management of the protected area. The TAAF administration therefore manages the French Southern Lands and Seas.

Although there are no permanent residents in the French Southern Lands and Seas, they nevertheless host two main types of users who play an important role in management orientations: the scientific community, coordinated by the French Polar Institute, and the operators of the southern fisheries.

The TAAF administration, the keystone of the property’s governance

All the departments of the TAAF are involved in the management and the administrative, financial and logistical support of the nature reserve, and consequently of the property of the French Southern Lands and Seas.

The Marion Dufresne, in front of the Crozet Penguins

Sailing is the only way to access the French Southern Lands. The research vessel Marion Dufresne, which belongs to the TAAF, sails from Reunion island to these islands 4 times a year. It takes a month for the ship to travel nearly 5,600 miles across the Indian Ocean, much of it between the roaring 40s and the furious 50s where weather and ocean conditions are generally difficult. The Marion Dufresne is a multipurpose vessel. It carries out logistical missions and acts as a supply ship for the bases—it transports personnel, freight, equipment, etc. It is also an essential lifeline for the smooth operation of many scientific and strategic activities located in the French Southern Lands and Seas, and affirms the French presence in this part of the world.

Scientific activities in the French Southern Lands are coordinated by the French Polar Institute, in close collaboration with the TAAF. They make France a leader in the field of subantarctic

Scientific research is currently the main activity carried out on land in the nature reserve. Nearly 150 researchers work there every year. Research is implemented, coordinated and supported (through human and financial resources) by the French Polar Institute, and is led by national research organizations, including the National Center for Scientific Research (CNRS), the National Museum of Natural History (MNHN) and French universities, which are for the most part members of the scientific council of the nature reserve. An agreement was signed between the TAAF and the French Polar Institute in 2009 to provide a scientific framework to the actions implemented by the nature reserve, and to serve as a decision support system. The agreement plans the implementation of environmental research and management projects. 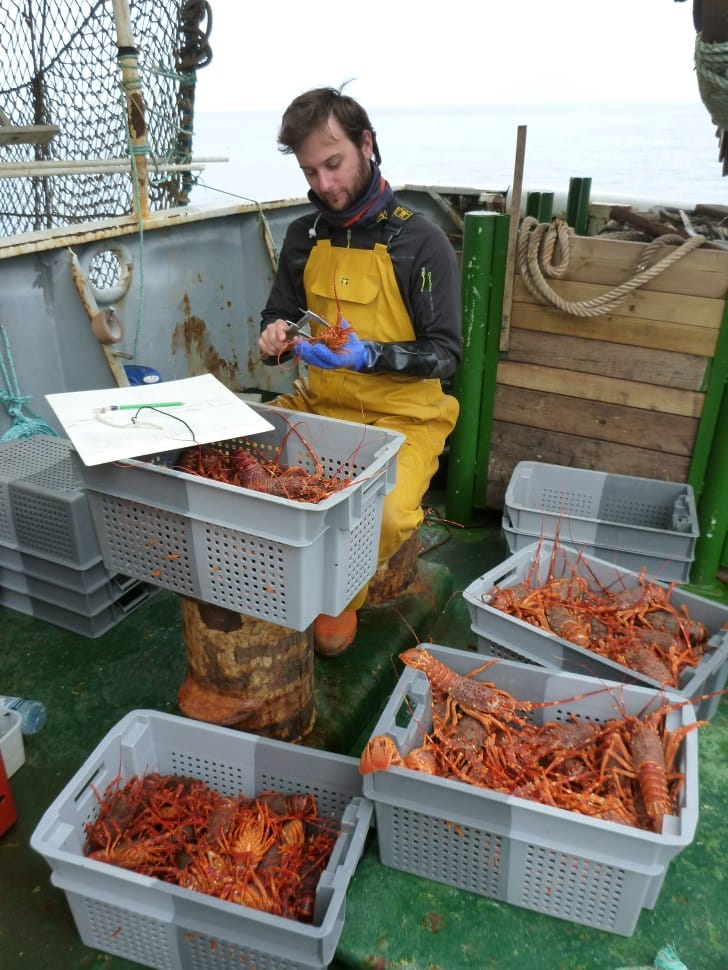 Lobster fishing in the waters of Saint-Paul and Amsterdam

Seven French fishing companies are licensed to fish in French southern waters. Six of them are a part of the Reunion Freezer Longliner Syndicate (SARPC) that represents fishers in the advisory committee of the nature reserve.

The TAAF, as manager of the property, also maintains a close relationship with stakeholders from the civil society (associations, work groups, organizations) who work for the preservation of the environment, both on a national and international scale.